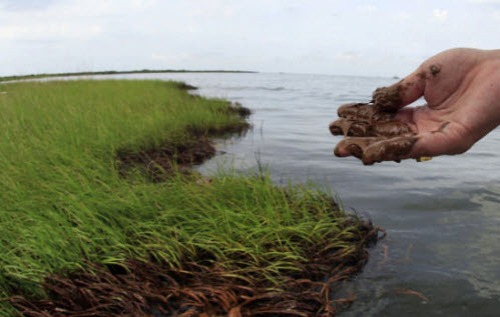 With the dramatic events of the past few weeks unfolding in the gulf of Mexico as a result of the oil spill I have been reflecting on BP and their response to this crisis. BP in recent years has been aggressively looking for new ways to grow, despite top line growth their bottom line over the past 5 years has been relatively flat. There have been some arguments that BP’s focus on cutting expenses may have lead to lapses in safety.

What ever the case what is important now is how BP responds and the message that sends to its customers. Certainly the media coverage to date has been highly critical and negative of BP and in particular BP’s CEO’s response. Judging by their actions this is probably with good reason.

Although they have a tight rope to walk between investors, customers and the community they operate in surely their priority must be to make the best of the worst possible scenario they now face.

The oil spill has devastated many thousands of people’s lives and BP have been slow to grasp the implications of the extent of the issue.

Let’s take a look at their actions so far and what a company with a strong market culture would have done instead:

1. They have consistently under estimated the size of the leak and been slow to provide information to constituents.

– A company with a strong market culture is transparent, admits the truth about problems and focuses its energy on getting them resolved ASAP.

2. The have invested heavily in gaining the top spot on google searches for the word’s oil spill, presumably in order to try and control the media story.

– A company with a strong market culture realizes it cannot control the media or customers, it controls only the actions it can take to resolve issues

3. They have been slow to pay compensation to fisherman and business directly impacted.

– This is obviously a complex issue, however, the way BP has responded has lacked the urgency necessary to send a message that the company really cares about those that have been impacted. Companies with a strong market culture quickly grasp the issues and get on the front foot in resolving them.

4. The US CEO of BP has not been to the oil spill area (50 days after the incident began).

– Another clear statement that the issue is not important enough to warrant his time seeing first hand what the impact has been. Great market culture leaders quickly get a grip on the issues facing customers and take action

Actions of any company ultimately reflect the culture of that organization. Do you think BP has responded appropriately so far?

One response to “BP’s corporate culture?”