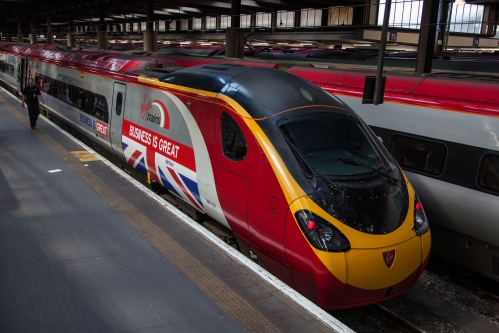 In practice, a customer-centric culture requires people in organizations to be able to adapt to change and provide new forms of value to their customers as an ongoing approach to doing business. Sustainable change demands resilient leaders at all levels of an organization. Resilience is often described as a personal quality that enables individuals to bounce back in the face of setbacks. Resilient leaders, however, do more than bounce back—they bound forward. With speed and commitment, resilient leaders take action that responds to new and ever-changing situations, even as they maintain the essential operations of the organizations they lead. (Reeves & Allison, 2009, 2010). But to be resilient a leader must have a vision of what is to be achieved, so that setbacks are recognized and opportunities acted upon.

An example of resilient leadership was evident in the Virgin Trains saga in the UK. Tony Collins, CEO of Virgin Trains, had created a customer service culture over several years, successfully changing the ‘command and control’ culture it had inherited from British Rail. Collins, along with Richard Branson, showed resilience when the company lost its bid in 2012 to renew the British government franchise it had held for the previous 15 years for the West Coast passenger line in the UK. Supported by staff, unions and customers their resilience to progressive setbacks ended in a reversal of the government decision with a renewal of the franchise agreement.

Subsequently they also won a new franchise for the East Coast passenger service, having lost several previous bids for train services in the UK.

You will find the Virgin Trains story and the resilience required in The Customer Culture Imperative.

This entry was posted in Change Leadership, Customer Centric Leadership. Bookmark the permalink.