Posted on February 10, 2016 by Christopher Brown | Leave a comment 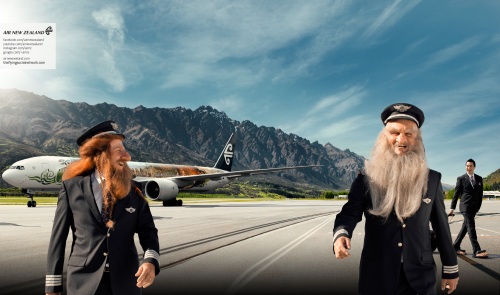 A little more than a decade ago Air New Zealand posted the largest corporate loss in New Zealand corporate history. Inside 24 months it was turned around to a profit. Since that time it has been amongst the consistently highest profitability of full-service airlines around the world.

The catalyst for this change was Sir Ralph Norris, who was called in as CEO to transform the business. Sir Ralph’s customer-centric leadership and customer focused strategy was embodied in the mindset change from “we fly planes” to “we fly people”. He immediately engaged the top 800 leaders in Air NZ to think about, discuss and act on insights from customer feedback and observation that told them about what customers valued and what they hated about the flying experience.

His legacy, established over several years as CEO of the airline, has been continued by the current CEO, Christopher Luxon. You can see it when you fly with Air NZ – even the safety announcements are engaging as they feature some of New Zealand’s star rugby players, spectacular scenes of the country and references to some famous movies made in the country….

This is a testament to the sustained revenue and profit that can be generated by a culture and strategy embedded in the belief that “what’s best for the customer is best for the business.”

See The Customer Culture Imperative for a roadmap on how businesses like Air New Zealand have done it.